On June 5, 2021 the Dawoodi Bohra community of Metro Detroit partnered with human-I-T to organize an electronic waste disposal drive on World Environment Day to responsibly collect electronic waste, or e-waste, for proper disposal or donation.  Donations will connect a family to technology, internet, or provide digital training while also diverting e-waste away from landfills.  In all, 3,828 lbs. of electronic waste were collected from the event.

The e-waste drive was held at Masjid ul-Burhani, the Dawoodi Bohra house of worship located in Farmington Hills, Michigan.  The event partner, human-I-T, is an organization dedicated to shrinking the digital divide through recycling of e-waste.  Initially named Computers for a Cause, the organization hosts several programs aimed at providing hardware, low-cost internet, and digital literacy training to low-income households so that they can thrive in the digital age.  Human-I-T works with the general public, corporations and businesses, and the government to recycle technology for a good cause. 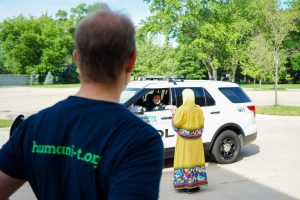 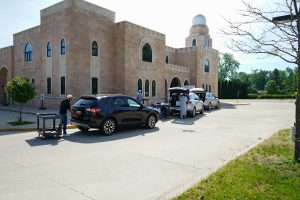 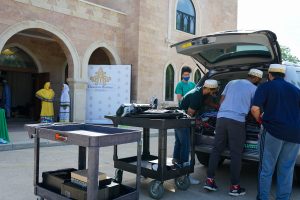 Mustansir Saifuddin, a representative of the Dawoodi Bohra community of Metro Detroit, said, “This event was made possible because of support from Human-I-T and the Farmington Hills community.  After organizing a drive-thru food pantry last October, we realized we had the capacity to host other initiatives in a similar manner. Not only did we collect e-waste that may have been improperly disposed of, but Human-I-T goes several steps further in bridging the digital divide to those in need.  For the Dawoodi Bohra community, environmental stewardship is a core part of who we are, and we are delighted to begin our environmental efforts with this e-waste drive.  As residents of the beautiful state of Michigan, the Great Lakes State, we know the sheer importance of clean air, water, and soil, and are committed to protecting the environment.”

Representative Samantha Steckloff from the Michigan House of Representatives stopped by to take part in the recycling drive.  She said of the event, “The Dawoodi Bohras of Detroit are playing an integral role in protecting our environment by organizing this electronics recycling drive for the community.  I appreciate their efforts on World Environment Day and look forward to partnering with them on future environmental efforts.”  Representatives from the City of Farmington Police and Fire departments were also attended and took time to reach out to those participating in the drive.

The event was part of Project Rise – a global initiative established by the Dawoodi Bohra faith to tackle global development challenges through a variety of interconnected solutions, including protecting the natural environment.  Oftentimes, e-waste ends up in developing countries where improper disposal results in both environmental and public health disasters persisting for generations.  By creating awareness of the need for careful and comprehensive disposal of electronic waste, the Dawoodi Bohras of Metro Detroit want to encourage people to be more mindful of the devastating impact of e-waste around the globe.