To mark Women’s History Month, the Dawoodi Bohras of Detroit hosted a virtual conference celebrating women changemakers in Metro Detroit on Tuesday, March 16.  Speakers shared what has empowered them to make an impact in their communities while overcoming challenges.

The Dawoodi Bohras have always believed in empowering women, giving all Bohras equal access to education, and encouraging women to undertake fulfilling and challenging careers in a range of professions.  This was the vision underpinning the virtual conference.

The event brought together a wide range of women changemakers in the Metro Detroit area, including those leading in the public and private sector, as well as the interfaith community, including:

The Congresswoman’s remarks followed the theme of inspiring women to be present where decisions are made, at any level. Invoking her own hero, Shirley Chisholm, the Congresswoman quoted, “If they don’t give you a seat at the table, bring a folding chair.”  She spoke of breaking glass ceilings, opening doors, and most importantly, providing a foundation for future women to stand on the shoulders of today’s women trailblazers much in the same way that the Congresswoman stands on the shoulders of her own predecessors. Her remarks truly lit a fire and set the tone for the rest of the evening. 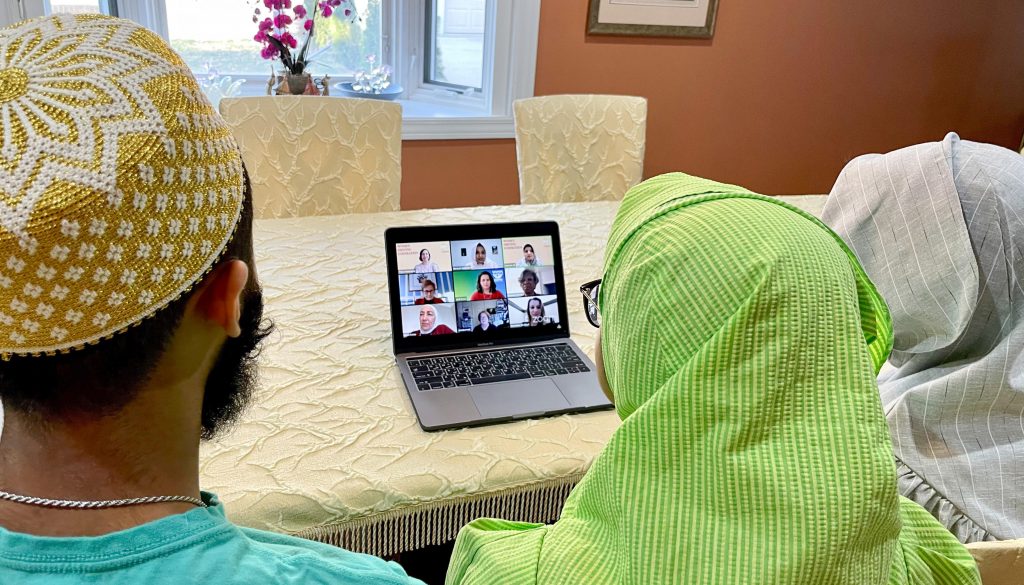 Congresswoman Lawrence said of the event, “I’m happy to join with the Dawoodi Bohras of Detroit as we celebrate and honor the contributions of women at all levels of society. This month and every month, let’s recommit ourselves to advancing policies and championing efforts that support women and girls everywhere. I want to wish everyone in Detroit a Happy Women’s History Month.”

State Representative Samantha Steckloff is serving her first term representing Michigan’s 37th House District, which comprises the communities of Farmington and Farmington Hills in which the Dawoodi Bohra masjid is located. Representative Steckloff has been a consistent and tenacious leader on the issues that impact her communities. As a Farmington Hills City Councilmember, she created a Commission on Community Health, the first of its kind in the State of Michigan.

Joined by her mother, Mayor Vicki Barnett, the duo shared their unique experience being women in leadership at city and state level; and how women can inspire and empower each other for personal and professional goals.  Representative Steckloff was asked about how she balanced following the path of other inspirational women, like her mother, while at the same time forging her own path forward. Her heartfelt response described a journey from going in an entirely different direction in foreign policy, to following in her mother’s footsteps, to finding her own path.  Mayor Barnett had told her, “I can open the door for you, but you need to walk through it.”  True enough, Representative Steckloff feels joy in submitting bills for legislation her mother was unable to get passed.  Adding her own mark, while advancing the goals of her predecessors.

Najah Bazzy, RN, is an internationally recognized healer, humanitarian and interfaith leader who left her job to build Zaman International. The Metro Detroit-based non-profit empowers marginalized women and children to break the cycle of extreme poverty.  In 2019, Najah was recognized as a Top Ten CNN Hero, highlighting Zaman’s growth from a grassroots team of volunteers to a world-class organization with a global reach that has helped more than 2.1 million people in 20 countries since 2010.For speakers like Najah Bazzy and Karen Linnell of Youth United, the unity stemming from bringing people of different backgrounds and perspectives together is the highest expression of faith and is entirely reflected in the vision of Zaman International and Youth United.  Najah Bazzy walked the audience through a harrowing pivotal moment in her life that inspired her to do more.  Both Najah Bazzy and Karen Linnell were everyday citizens who saw a gap in their community and dedicated their lives towards building a foundation and a uniting coalition to better society.

Member of the Youth United Leadership Team and Dawoodi Bohra, Mariyah Saifuddin, hopes that this event was both inspirational and helped to shine a light on the existing work of amazing women in the local community. “We have such inspirational organizations like Zaman International and Youth United that were started and led by inspirational women here in our own backyard.” Saifuddin continued, “These organizations should be household names in our communities, along with so many other organizations doing the hard work to make our local community and world a better place. Let’s empower women to uplift themselves and everyone around them.”

The event was a resounding success as inspirational women from all layers of the local Metro Detroit community came together to share their perspectives. At their homes, hundreds of viewers have watched the webinar and we hope they have been able to take away their own inspirational lessons from the event.

A video of the event can be found here: https://youtu.be/q15Ys6BOWtM.