Approximately every three decades, the stars align to give us a unique period of time during which three significant religious observations coincide for Islam, Christianity, and Judaism. On April 18th, the Dawoodi Bohras of Los Angeles invited first-responders and members of law enforcement, government officials, honorable consul generals and members of neighboring houses of worship to join them for an interfaith Iftar in celebration of Ramadan, Easter, and Passover.

After a tour of Ezzi Masjid, the Dawoodi Bohra community’s place of worship in Woodland Hills, guests were treated to speeches by representatives of Judaism, Christianity and Islam.

After a recitation from the Holy Quran by Mulla Adnan Alibhai and the recital of the Pledge of Allegiance led by Dr Shaikh Aamir, Shaikh Adnan Hamid, the event’s emcee, read out a message from His Holiness Syedna Mufaddal Saifuddin sent particularly for this event. Aside from sending his prayers and good wishes to the gathering, His Holiness emphasized the need to come together in unity to overcome the various political, socio-economic and environmental challenges that confront humanity today. 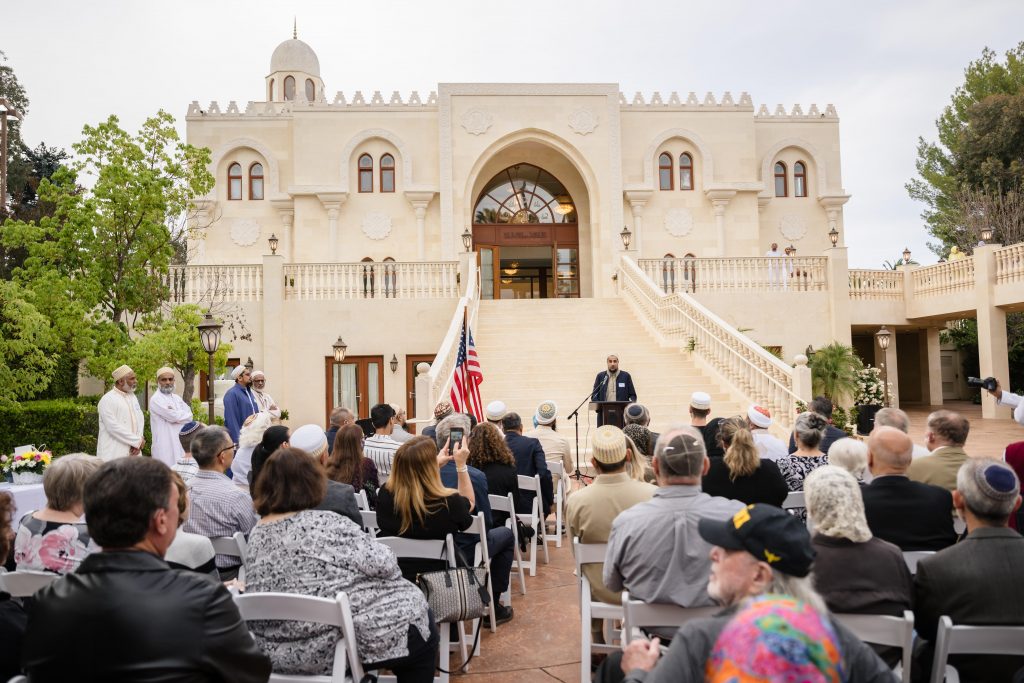 Hazzan Mike Stein of Temple Aliyah commented, “I can’t believe we are all sitting here together. There are places in the world where we cannot do that.”  Mr Stein spoke eloquently of the plight of hunger and how, during Passover, Jewish people give thanks for overcoming oppression, slavery, and bondage into a world of light.  He explained the Jewish belief that, by repairing this world, we make it better for all of us.

With the help of a wonderful analogy of a child and a father, Pastor Ben Benner of Woodland Hills Presbyterian Church explained various aspects of the Christian conception of atonement and the Almighty’s singular capacity for forgiveness and mercy.

Shaikh Aliasger Najam of the Dawoodi Bohra community spoke of the joy of Ramadan and how, despite being a full month, Muslims often find themselves wondering how these many days of fasting and prayer go by so swiftly. He spoke of the transitory nature of Ramadan and the opportunity to do good and said that, ultimately, Ramadan “reminds us of the immense power that all human beings yield in their capacity to transform what is transient and temporary into something that is far more enduring and permanent.” 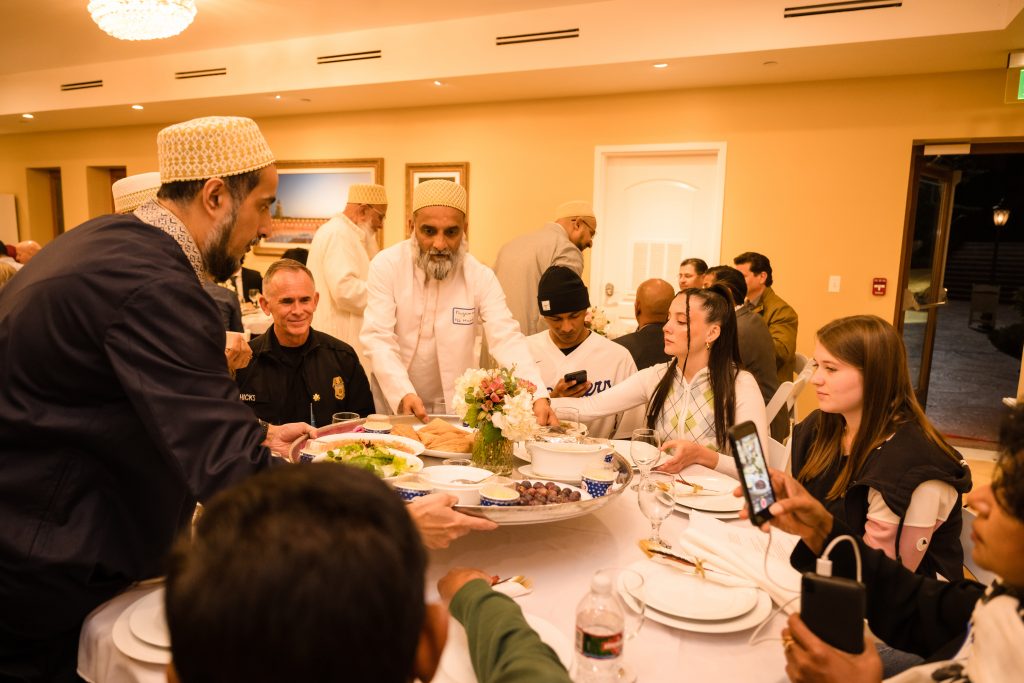 Afterwards, all gathered for a formal Iftar dinner.  As is tradition, members of the Bohra community washed the hands of the visitors, after which “thaals,” circular steel trays laden with traditional Bohra cuisine, were brought to the tables.  Community members explained the significant tradition of starting a meal with a pinch of salt, and the various other Bohra dining etiquette and culinary traditions, while individually serving everyone.

Shaikh Ali Akbar Akolawala, the visiting representative for Ramadan, expressed his delight at the gathering, commenting on the diversity of attendees and the unity shown by all, and stating that “diversity is not simply something you are, but something you do.”

The final presentation of the evening was a poem by Fatema Baldiwala, specially composed for this event.

The ties that bind us are strong

Faith and a desire to get along

In this neighborhood, we all belong

Our heads bent in prayerful intonations.

Guests were presented with a parting gift, or silat (which means “connection”), consisting of a packet of dates, olives, and honey; foods that all hold significance with the sacred scriptures of all three religions. 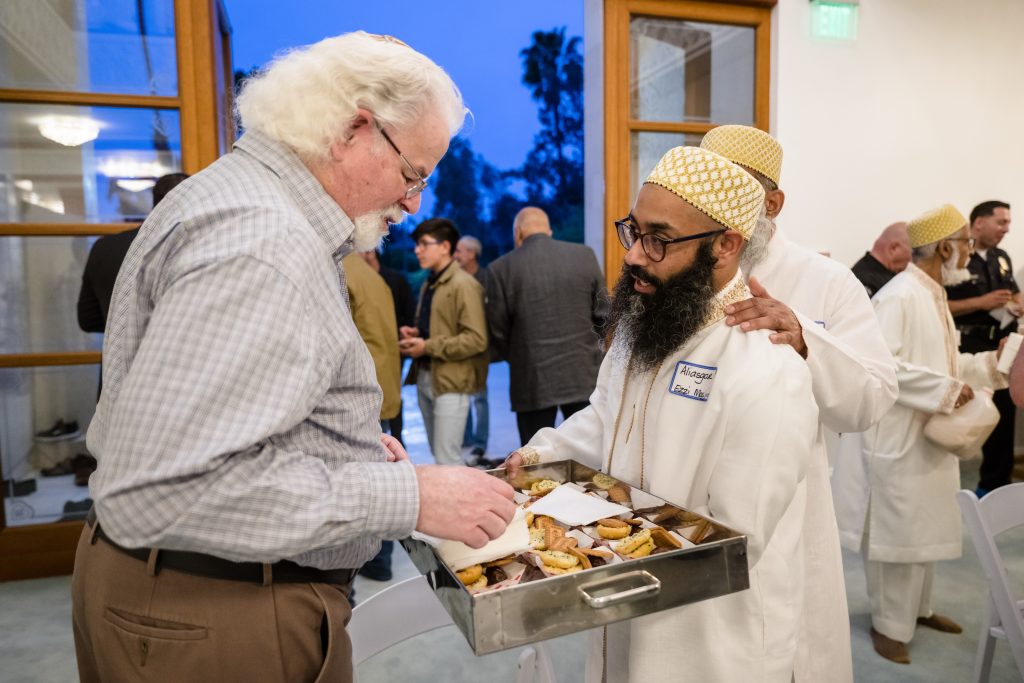 This neighborhood is a community that genuinely looks out for each other and the Dawoodi Bohras of Los Angeles are truly grateful for their affection, friendship, and support.