In his welcome remarks, Mukerram Hakimuddin, administrative head for the Dawoodi Bohras in North America, said, “This Masjid serves not only as a place of worship, but as a true, physical symbol of our commitment to California and our dedication to creating better, safer, and more prosperous cities for all. It is that commitment that has brought us here today – a commitment borne of the guidance that we as Bohras receive from His Holiness.”

Senator Padilla acknowledged the diversity of the faiths gathered, which he described as being emblematic of California, and Los Angeles particularly. He spoke of the transcendental power of love, which all major religions were centered upon. The Senator spoke of recent developments made by the government, including bipartisan legislation, to enhance the safety and security of American neighborhoods.  He stated, “I feel blessed to have partners such as all of you around the table today and thank you again for being here, and thank you for having me today.”

Faith leaders shared their valuable perspectives on the role of their beliefs in supporting safe communities. Mariya Hakimuddin, head of women and children well-being for the Dawoodi Bohras of Los Angeles, emphasized the role of places of worship in creating safe, supportive spaces for their neighborhoods.  “Senator Padilla’s presence here today is an affirmation of the role we all must play in using our sacred spaces as safe spaces for dialogue and outreach,” she said. 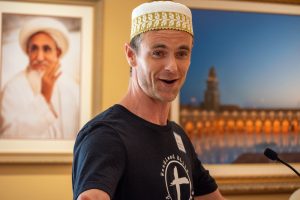 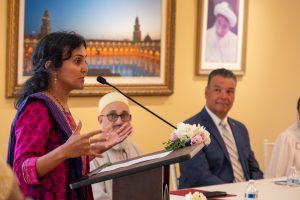 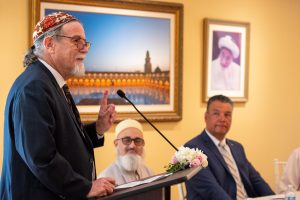 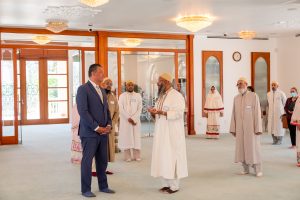 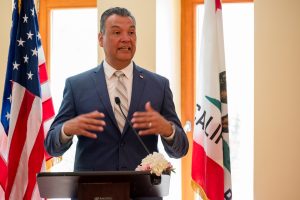 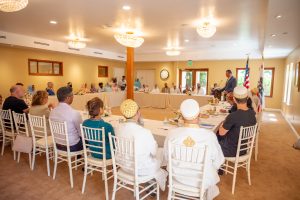 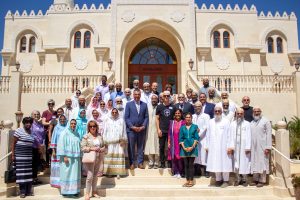 Hazzan Mike Stein of Temple Aliyah spoke on the topics of unity, compassion to strangers and setting an example for others. He remarked that it was up to faith communities, like those gathered, to show others how we can all come together to look after one another. Stressing the importance of unity, Hazzan Mike quoted the Psalms and declared “How good it is for us and pleasant, to sit as brothers and sisters together as one.”

Anita Bhat of the Sarvamangala Mission and Srividya Temple spoke of the importance of seva, or compassion and care for others above oneself, a core tenet of Hinduism. Sharing personal and candid anecdotes, Anita highlighted how larger societal good comes from small, individual acts, and that by identifying our similarities, “we are able to find safety in our common humanity.” “With that safety comes trust and respect,” she asserted.

Pastor Ben Banner of the neighboring Presbyterian Church referenced the Prophet Abraham’s “radical hospitality” to illustrate how the church and other faith-based communities in the neighborhood had followed in Abraham’s footsteps, “looking for someone to bless; running to be a blessing.”

In conclusion, Senator Padilla noted, “The testimonials today – to be a neighbor, aspiring to be half as good as one another – if we could just bottle that, share that with each other, share that with our children, and our grandchildren then I have all the faith that we will continue to make this place a better place.”

Senator Alex Padilla, is the first Latino to represent California in the U.S. Senate. He was appointed in January 2021 to complete the Senate term of Vice President Kamala Harris. The son of immigrants, Padilla grew up in the San Fernando Valley and studied Mechanical Engineering at the Massachusetts Institute of Technology, he was drawn to politics in response to California’s anti-immigrant Proposition 187. Padilla lives in the San Fernando Valley with his wife, Angela, and their three sons, Roman, Alex and Diego.

About the Dawoodi Bohras

The Dawoodi Bohra of California, who mainly hail from South Asia, are Shia Muslims who have called this state home for several decades.  California has more Bohra centers and masjids than any other US state. Bohras everywhere are united by a set of principles that go back centuries: an unwavering commitment to their faith; a genuine love for the country in which they live; a belief in the value of society; active engagement with other faiths; female empowerment; education for all; physical health and well-being; and a responsibility to care for the environment and all creatures that dwell within it.