America is hungry! To many, this statement is a shock, for no one expects the world’s wealthiest nation to have portions of its population hungry. Yet, numerous reports show that many Americans who earn near minimum wage go hungry every day.

Shabbir Chandabhai of Los Angeles took the lead in organizing a sandwich-making event to feed the hungry in Los Angeles. Now in its tenth year, this year Shabbir collaborated interfaith groups such as Temple Aaliyah synagogue, St. Bernardines Catholic Church, and Shomrei Torah Synagogue. By combining our resources, we were able to feed more hungry stomachs while also displaying the amplified impact of combined interfaith efforts.

In the past, the designated day was Thanksgiving. Recognizing that many non-profit organizations also give out food on Thanksgiving and that the pandemic has produced unprecedented conditions for many, Los Angeles Dawoodi Bohras decided to move the date to sometime in the spring when food distribution efforts might not be so prevalent.

The prepared snacks were distributed on January 13th to the hungry through Salvation Army, Guadalupe Centre, and various other food pantries in the neighborhood. 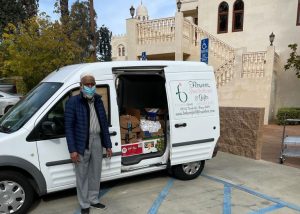 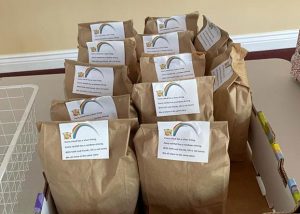 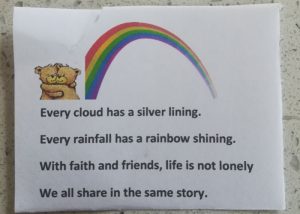 In previous years, Los Angeles Bohras opened up their community kitchen to make these snacks. Preparation of it would be undertaken by volunteer members of its congregation alongside partner congregations. After making snacks, Bohras would give a tour of the masjid, or mosque, to those interested in knowing more about us. However, because of COVID-19 this year, volunteers opted to take a distributed approach, making snacks at home. Each snack packet contained: a peanut butter and jelly sandwich, potato chips, an apple, water bottle alongside an inspiring note to its recipients. LA Bohras and its partners are proud to have made approximately 500 snack packets as a part of this effort. This is just another example of how Dawoodi Bohras are always looking to extend a helping hand to the less fortunate.