On the last Friday of the holy month of Ramadan, the community broke ground on a 20,200-square-foot Masjid al-Zainy complex, or mosque, extension project that includes a new smart kitchen, madrash, or school, and recreation center.

The project will cost more than $4 million, all of which was raised through community member donations, said Murtaza Khomusi, spokesperson for the community which hopes the project will be completed in 12 to 18 months.

Local leaders and government officials, including Mayor Brad Cohen among others, joined the Dawoodi Bohras to celebrate the ceremonial groundbreaking.

The Dawoodi Bohra community is a subsect of Shia Muslim, and estimates put its population around the world at 1 million.

The Masjid al-Zainy here, which sits on 10 acres, has been part of the township for more than 16 years and is headed by Shaikh Kauserali Khumusi.

More than 200 Muslim families, many of whom came from South Asia but are now spread across the state, are members.

Dr. Huzaifa Shakir, a congregant, explained the main purpose of the project – something the community can do daily to carry down to the next seven generations. He said that it is important for the children to have a sense of pride and sense of culture.

“The project … is a culmination of that,” Shakir said. “(This project) is something that’s done with our own personal finances … We believe so strongly in our local community that we’ve invested part of our lives and futures in this project.”

Shakir emphasized that the smart kitchen is not only being built in part to ensure that every member of the community receives one meal a day, but also to carry out the goal in a sustainable and environmentally friendly manner.

“The idea of sustainability, and the idea that you want to take and provide to your children a better world, and the opportunity for them to take something, and leave it better than the way in which you found it — those are universal beliefs,” Mayor Cohen said. “You are welcome in this community — we are thrilled to have you as part of our community.” 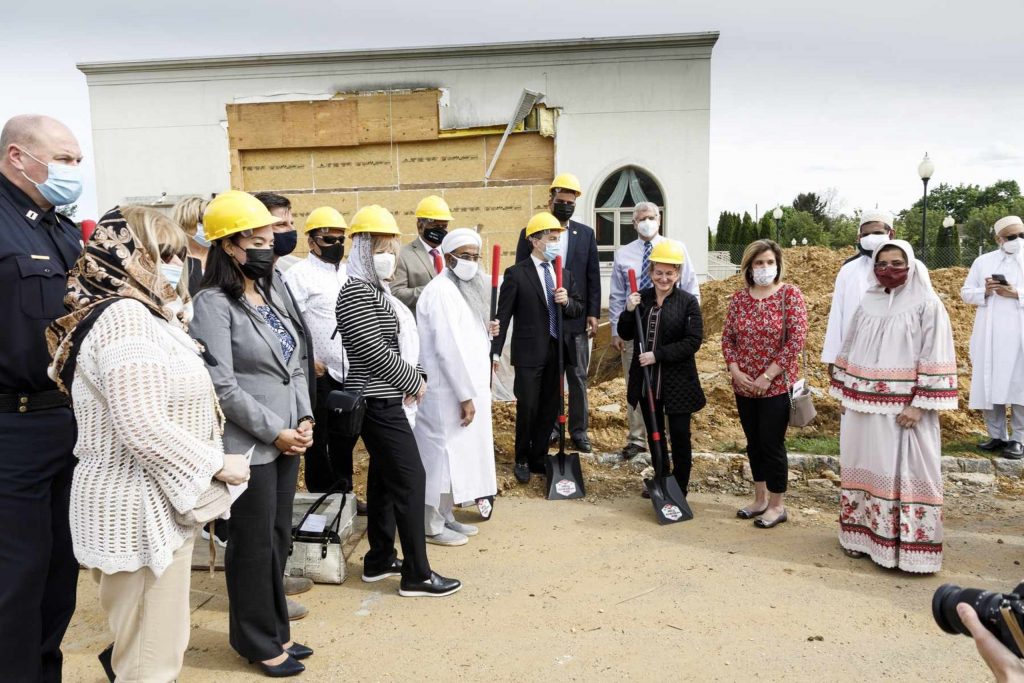 The global community kitchen program, known as Fayz al Mawaid al Burhaniyya, feeds all 200 member families every day. It is funded by anonymous donations, with no obligations to contribute.

“Our community has a daily communal food drive and that drive goes to over 200 homes every day,” Khomusi said. “It was started by our community leader with the thought that no member should go hungry. We use the same community kitchen to contribute to local food banks, such as McFoods. We regularly donate provisions as well as give financial help and meals to help food insecurity in Middlesex County.”

The school, known as the Quranic Institute of Learning, will be the first of its kind on the East Coast. Two other U.S. chapters are in Houston and Los Angeles.

“These children deserve a modern facility to better facilitate their educational journeys,” Khomusi said. “That has been top of mind for a while.”

Administrative and conference rooms as well as a social and recreational area also are part of the expansion, Khomusi said.

Cheryl Makin is an award-winning features and education reporter for MyCentralJersey.com, part of the USA Today Network. Contact: Cmakin@gannettnj.com or @CherylMakin.